Liam Gallagher will play the biggest show of his solo career on Saturday 4th June 2022 at the iconic Knebworth Park.

This show will also mark the 25th anniversary of Oasis’s legendary, record-breaking Knebworth shows in 1996. The live film ‘Oasis Knebworth 1996‘ is showing at cinemas now, with a special album/DVD set coming on 18th November.

Fans can expect to hear plenty of new material, as Liam’s brand new album ‘C’MON Y’KNOW’ will be released just days earlier on 27th May. And with Kasabian, very special guest Michael Kiwanuka, Fat White Family and Goat Girl, this is one line up not to be missed!

Those pre-ordering Liam’s new album before 3pm on Wednesday 6th October will have exclusive pre-sale to tickets from Thursday 7th October at 10am. Pre-order the album here.

Tickets will also go on general sale at 10am Friday 10th October here. 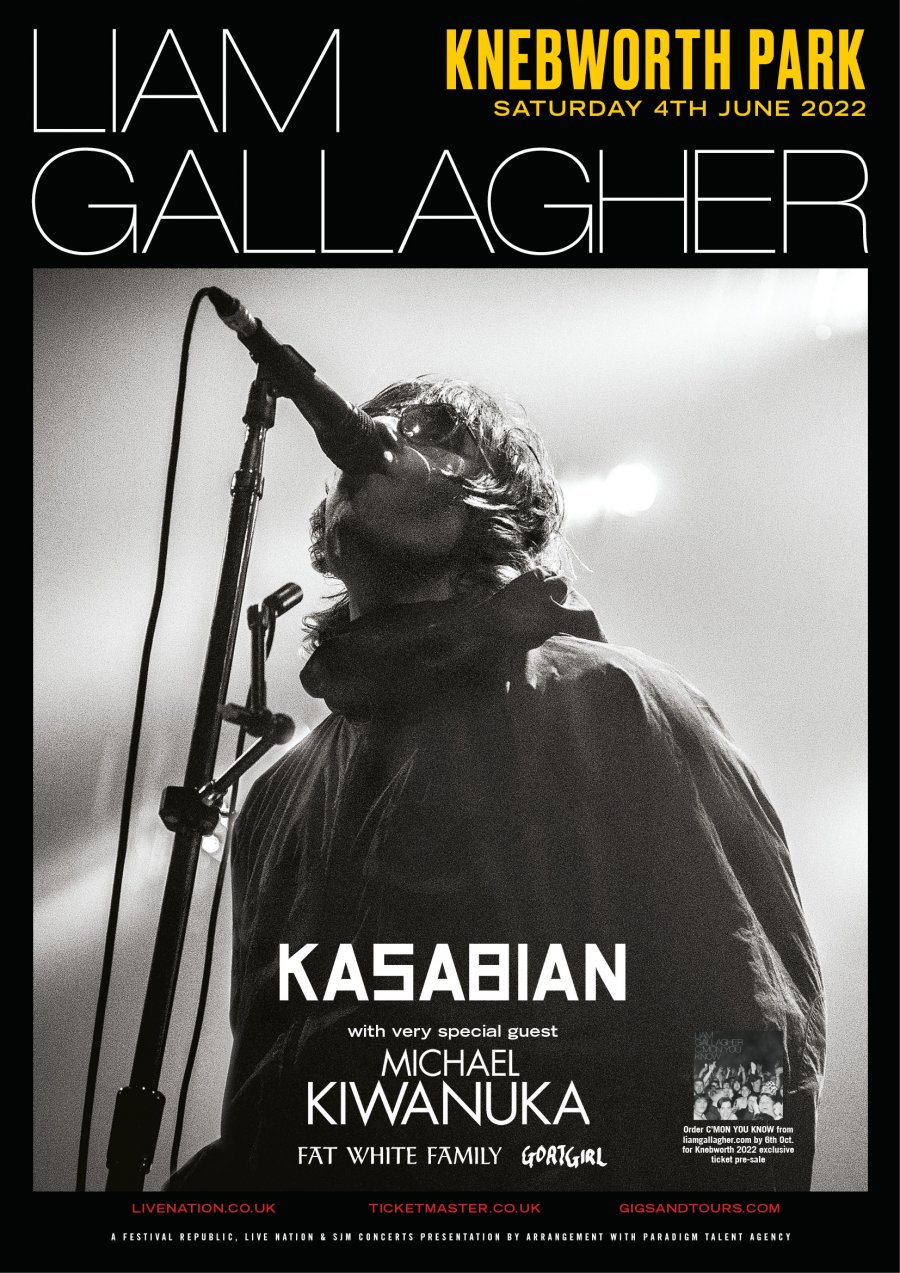